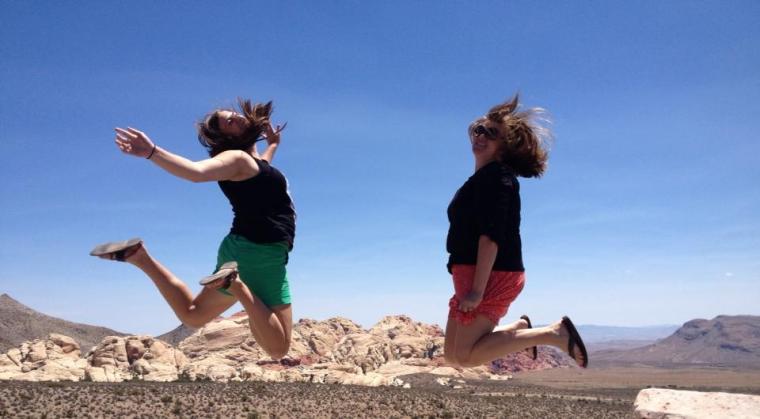 When I was 9 years old, my parents were blessed (and surprised!) by another little pink bundle of joy.  She joined my parents, me, and Jackie as our baby sister… the youngest of three girls… and was named Alexandria Jennings Cadle.  I remember Jackie and I (dressed in matching cat t-shirts that said “Big Sisters”) coming to the hospital to meet Alex.  I was immediately in love.

I felt like she was my baby.  I changed her diapers, put her down for naps, put her in her car seat, got her dressed, and helped feed her.  To this day, I still feel like she is partly mine.

When I was twelve, my parents would leave me home to babysit her and Jackie each Friday night.  I’d make us all a frozen 99cent Totino’s pizza for dinner and we’d watch TGIF together on ABC.  We’d wear Alex out for bedtime by getting her to run up and down our bedroom hallway.  She would run around in just a diaper with so much glee. Jackie and I would spin her around and then get her to run back again. 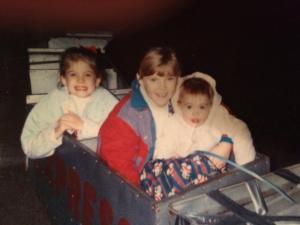 As Alex got older, she was a bit of a wild child.  I remember one time- in the span of just a few weeks- she managed to cut her own hair (at the top of her crown) and cut the straps off her bathing suit because she wanted a strapless suit.  She also told our mom that she had put a button in her nose one afternoon.  My mom couldn’t figure out if Alex was telling the truth or not.  So after some prodding and investigation, mom decided that she was telling a lie and gave up on the button search.  About three hours later, we were at a neighborhood cook out, Alex sneezed and the button popped out in front of everyone in attendance.  My parents were just grateful it came out on it’s own without involving a doctor.

As she got older, my first nickname came out for her… “Stinky”.  You may be wondering why.  Well, it’s because she was very active, sweaty and smelly most days.  So, “Stinky” fit the bill.  Eventually, she began showering more regularly and using deodorant.  But, I also felt she was very spoiled- so I kept calling her Stinky… as in spoiled rotten.  Now, it’s a very affectionate name that I still use without even flinching.  The altered version, “Stinks”, also easily rolls off my tongue.

Eventually, I went off to college and left home.  I wasn’t very close to Stinky during this time but I’m glad she came to stay with me in the dorms some and go to a few football games. 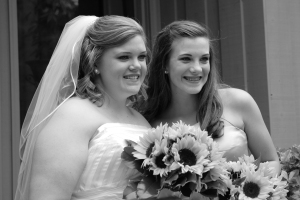 I got married at 23 and Alex was only 14.  Still a baby.  She was a wonderful bridesmaid in my wedding.  It took some time, but she and Peck became good buds.  Thankfully, she
decided to move to Decatur for college and we reunited.  We were together 2-3 times a week with lots of shared meals.  I enjoyed spending time with her friends and roommates too.

She would come over and sit on my bed while I cleaned out my closet to donate what I no longer needed.  We’d have long talks and I enjoyed the company while doing such a boring task.  Somehow, she’d end up taking all of my clothing donations with her in a giant black trash bag for her own personal use.

When I got pregnant with JB, Alex was extra helpful in “ladysitting” me.  This is a term my husband uses to describe my need of having someone around while completing a task.  Alex helped with the nursery, registering, and documenting my ever growing belly through unflattering, candid photos.  She came to all of my showers and even a sonogram.

She along with Jackie and my mom, were at the hospital when JB was born and immediately began loving on him too.

That’s when the newest nickname started.  I called her AA for Aunt Alex.  As JB got older, he couldn’t say AA so he called her YayYay.  This eventually morphed into RaRa.  Not exactly sure how, but it has stuck.  The amount of love that JB has for RaRa is super special and they are great buds.  I am thankful to still have her so close and such an important part of our Atlanta family.

When Alex got married, I cried like a baby when she walked down the aisle.  One reason 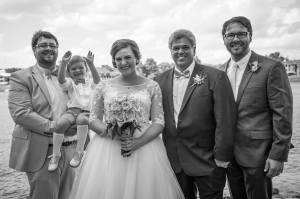 was because my dad was walking her down the aisle and I love my dad so much and appreciate him working so hard to raise three daughters.  The other reason was because I felt like my baby was getting married.

In the last year, I’ve been able to witness Alex’s take on life and faith in action.  We supported each other emotionally after our candidate lost the Presidential Election.  I had the pleasure of marching with her in Atlanta with 60.000 others at the Women’s March.  I began witnessing her passion for art and being a creative maker each week.  She has turned into a beautiful adult and I’m so proud of her.

This morning, Alex and I played our first competitive tennis match together (and won!).  It’s crazy that it’s taken this long in life for us to play on the same side of the net together (thanks 9 year age difference!).  I’ve never been more proud to have her as a partner and look forward to more matches together.

As I think about the upcoming Mother’s Day holiday, I think of Alex who I jokingly call my first born.  She helped me prepare to be a real mommy much later in life and is now one of my best friends.

So, I raise my glass to you, Alexandria: Alex, Al, Ali, Stinky, Stinks and RaRa…

I love you so much and am glad you were sent from Heaven above and sent for us to love!